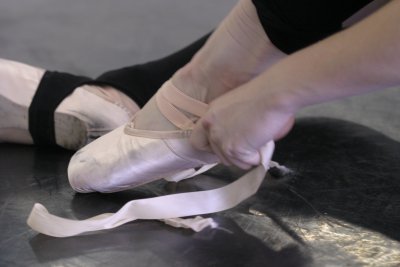 FBA’s first thirteen years of operation have been
fast-paced and groundbreaking with performances
including collaborations with the New Mexico
Symphony Orchestra (The Firebird, 2010),
New Mexico Philharmonic (Peter and the Wolf,
2011-2019), and the Figueroa Project (The
Soldier’s Tale, The Firebird, George Balanchine’s Serenade and Creation of the World, and the filmed version of The Soldier’s Tale with the Santa Fe Symphony).

The first presentation of The Nutcracker Ballet in the Land of Enchantment, a regional adaptation of a holiday classic premiered in December 2011, was also performed with live symphony music under the direction of Guillermo Figueroa. FBA’s Nutcracker has grown into a beloved annual family tradition ever since. Other productions seen by FBA patrons include Dracula, a Love Story, Billy the Kid and Other Tales, Coppelia, A Midsummer Night’s Dream, and most recently collaborations of Sacred Journeys with Robert Mirabal, two-time Grammy award winning Taos Pueblo musician.