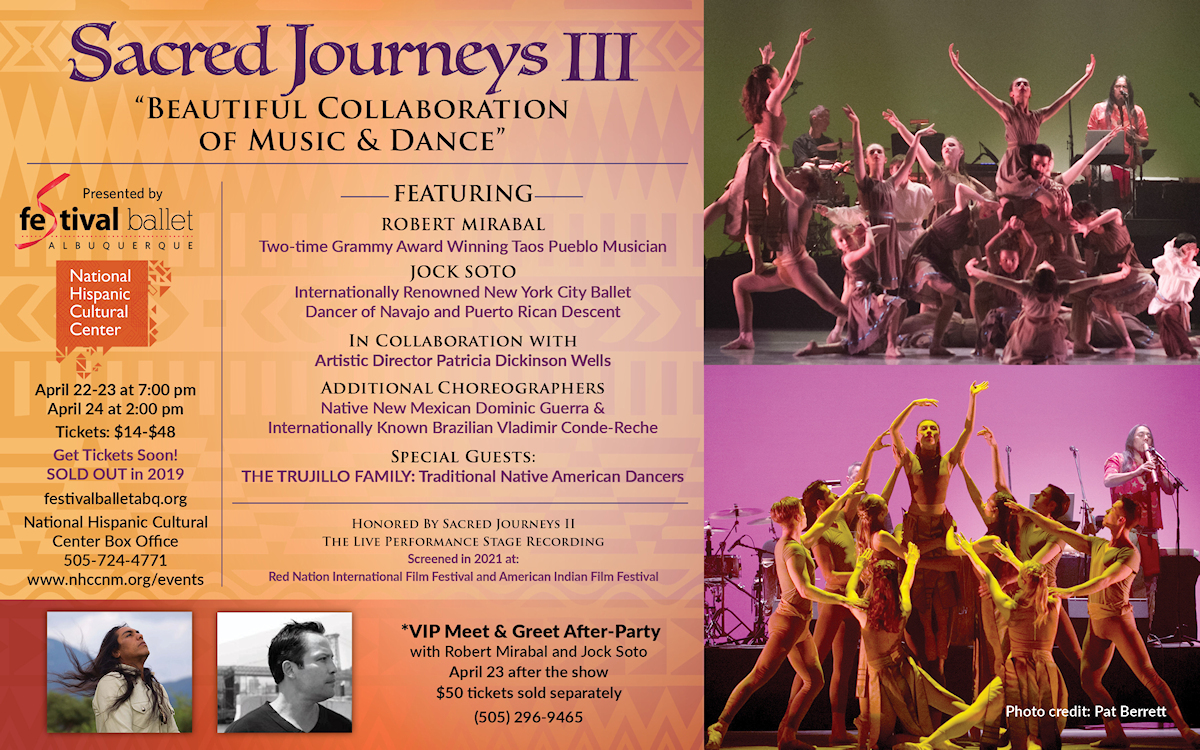 Robert Mirabal, dedicated to keeping alive the centuries-old customs of Taos Pueblo, is also a leading proponent of world music, and has merged his Indigenous American sound with the music of Africa, Asia, and the Caribbean, tapping into a planetary pulse with a style that defies characterization. His 2002 breakthrough PBS special, Music from a Painted Cave, is unsurpassed in Native American theatrical expression.

A former principal dancer with the New York City Ballet, Jock Soto was one of the last dancers to be personally selected by founder George Balanchine when he was barely 16. He danced featured roles in over 40 ballets, of which more than 35 were created for him. The author of Every Step You Take and the subject of the documentary Water Flowing Together (the name of his Navajo clan), Soto teaches partnering and technique classes at the School of American Ballet, where he has been a permanent member of the faculty since 1996.

Sacred Journeys III brings together the rich and diverse culture of our state, while providing extraordinary role models for New Mexico’s youth.

SACRED JOURNEYS II: The Live Performance Recording was honored to be screened in 2021 at the Red Nation International Film festival and the American Indian Film Festival.